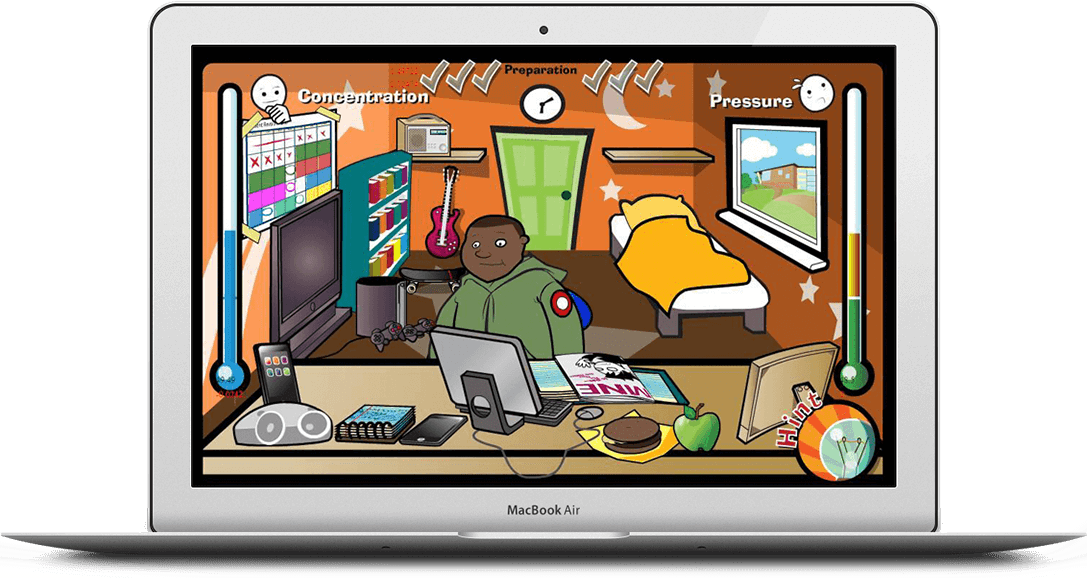 We developed a game-based learning solution around exam stress for Connexions.

How we achieved this

After developing initial ideas, we produced wireframes and sketches, this reduces the overall project time and established the visual appearance of the game and game structure. During the initial development stage we were already thinking about the game mechanics, characters and game objects

The final solution allowed the user to customise the game environment before play allowing them to infuse their personality into the game. Game objects were introduced into the game allowing the learner to explore the possibility of how these will affect their revision choices. The final development phase including testing the game mechanics and results across the three desired metrics. The game was app was deployed on the Connexions website.

If you would like to set up a demonstration of our networking e-learning course please call us today on 01603 273918 or hello@realprojects.co.uk and we will be happy to help you!